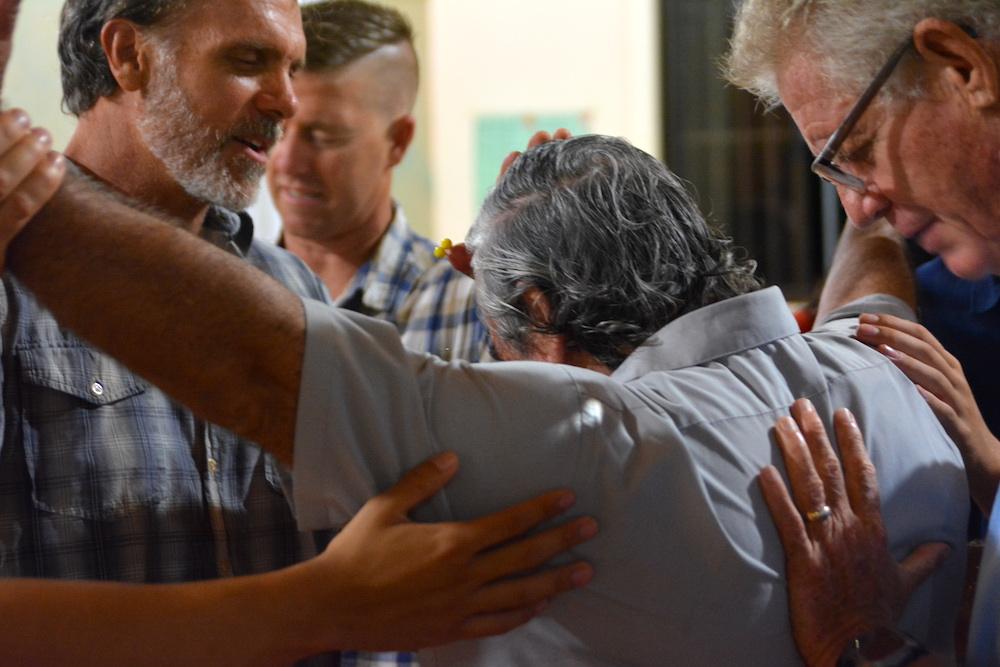 In the middle of a magnificent color display popping all across the LA basin, our plane landed at LAX on the evening of the Glorious Fourth! In spite of its many foibles, the good ol’ USA is a wonderful place to be. Although a large part of our hearts remains deep in southwest Costa Rica, we are grateful to have returned to our community of loved ones in Southern California.  So far the transition has been smoother than expected. We (Chris, Tiffany and Landon) are currently staying with dear friends, the Lowes, who are graciously sharing their home in Dana Point with us, and we have been so blessed to dive into fellowship with many of you already.

Due to factors which have arisen over the past few months, our current plan is to remain Stateside for at least the next year, working on behalf of CRSSM to build relationships with churches and create awareness of the ministry for short-term outreach trips which will remain one of CRSSM’S primary goals.  We will also continue to travel to Costa Rica to be involved in local pastoral training, a focus which we believe is a large part God’s current direction for the ministry and an area in which there is tremendous need.  In fact, our first pastoral training event will be held in mid-September, and we are eager to see what the Lord is going to birth in the lives of the hungry Tico pastors who plan to attend.

Our final month in Pilon was centered around the excitement of hosting a team from our home church for ministry and service.  During that time we were privileged to serve in an elementary school, participate in street outreach in the border town of Paso Canoas, and minister in many churches.  As a team, it was a huge joy to train the students in supernatural ministry and just a short time later, watch them put into practice what they had learned. The youth came alive as they saw God move through healing, prophecy, deliverance and restoration!  Many of them confessed that they had never seen God demonstrate such awesome wonders, and they felt privileged to be used by Him in mighty ways.

The last outreach included an invitation to minister in the largest church we’ve visited to date, with over 500 attendants (and fantastic air conditioning!). It marked the 25th church in which we’ve ministered this year and the service was very similar to that of most US churches.  It was humbling and exciting to see Holy Spirit bring accurate prophetic words, salvations and numerous healings in this church which responded wholeheartedly in worship.

As a family, we are moving into a season of stabilizing and shifting, trying to find a place to sink our roots even as our kids come and go. Jarren has plans to relocate from Seattle to a flight school in Arizona or SoCal in the Fall in order to continue his pilot’s training. At the end of July, Kylie will be returning from Redding to Southern California where she plans to live, work and minister.  Alyssa will also be returning from Arizona at the end of July, only to be packing up again to attend Westmont College in late August.  Landon is happily enjoying reconnecting with friends here in San Clemente and is thankful to be enjoying a Southern California summer! Meanwhile, our hunt for a home continues, and we are most grateful for your prayers to that end.

These common sand crabs were probably the inspiration for the colors of the flag of the Second Spanish Republic, and can be used as flags when flattened by cars.

The kid between Jeffrey and Chris had just asked Jeffrey for the phone number of his 12 year old daughter!

As we engage in yet another shift for our family and ministry this year, we are confident of God’s great faithfulness and are praising Him in advance for all that He will accomplish in this new season.  A large part of His faithfulness is demonstrated to us through you, our beloved friends and family. Thank you for your continued prayers, support and love.  May the Father bless you richly in return for all that you have poured into us!

Landon was thrilled to host some of his close friends from SoCal, even if it meant sharing the local break.